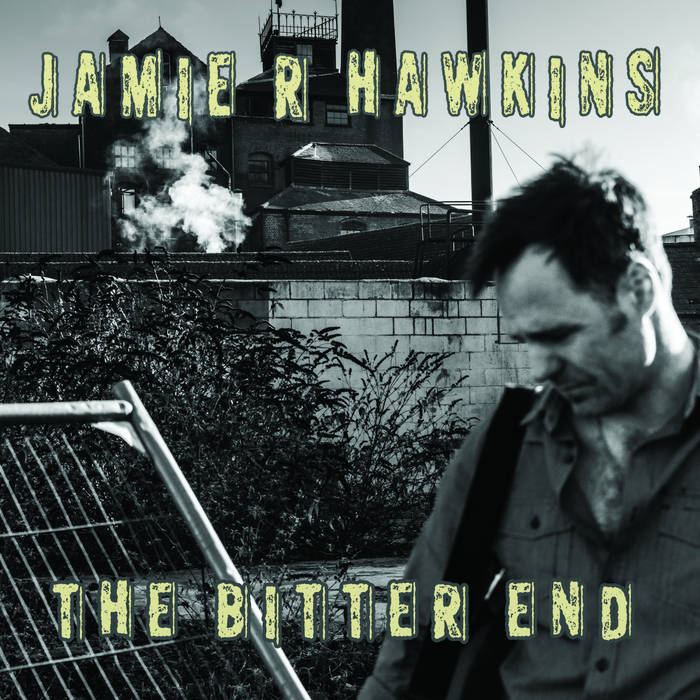 I’m sure there are just as many, if not more, acoustic, solo, guitar slingers around now than there ever has been. Sadly in this age where anyone on a gap year feels the need, and sadly the entitlement, to be a musician, the increased musical traffic has not resulted in an upsurge in quality songs from exciting songwriters. Thankfully we have people like Jamie R Hawkins, a narrative driven songster who flies in the face of the transient acoustic pop wannabe I have just described.

Remember when songs said something more than bedroom droning and of aspirations to be famous? Well, Jamie does and here he offers up another batch of songs forged from personal experience or at least personal observation. But more than that, they are songs that you can relate to, built around small kitchen sink dramas, universal emotions and everyday situations - honest stuff delivered with wit and wisdom and with his heart worn openly on his sleeve.

Jamie’s ability to handle a tune remains deft and confident, his poetic sense of place and situation remains strong and I’m glad to see that ‘As Big As You’ made it to this album. Out of all of the familiar scenes and scenarios he conjures via his songs it is this reflection on what it means to both be a dad whilst trying to live up to the benchmark set by your own childhood memories, that is such a powerful song, the one that when I first heard it played live made me realise just what a eloquent lyrical pathway Jamie walks.

References abound, as they are always going to, not because he is sailing too close to any other artists wind but because the musical ship he has built to steer himself through the often difficult waters of being a career musician is both as sleek and practical as those employed by much bigger names. There is something of Paul Simon in the jaunt of the words and Neil Finn always crops up about this point in any review I write of Jamie’s music - I also get the sense that these are the sort of songs that should have been the hallmark of Paul McCartney’s later career.

Any new release from Jamie is looked forward to and this certainly doesn’t disappoint, but it goes further than that. It reminds you that on any given night, amongst all the glitzy arena shows at one extreme and the Ed Sheeran wannabes playing to their mates at the other, if you search hard enough you will find a small pack of grass roots musicians delivering charming, clever and often beautiful songs about the human condition. Go and say hi to them, buy a CD, help them on their way…or at least help them earn the petrol money home, one of them might be Jamie and one day you will turn on the TV and be able to say, “see that guy there? I remember him when….”

Wiltshire singer /songwriter Jamie R Hawkins treads a traditional and straight path of acoustic folk-pop but, through deft song-writing based on personal experiences and observations, manages to elevate his work well above the average.

Very much an “everyman” artist, these are songs that are easy to relate to; soap-opera dramas and domestic struggles put to music. “As Big As You” is a cutesy but powerful number about comparing yourself to your father, childhood memories and facing your own responsibilities, “Nicotine” a love song to the world’s most popular narcotic.

The music is unsophisticated but nuanced, simple yet stylised and the perfect partner for the lyrics and the voice, which is where you will find the heart and soul of this record – it is wonderful to be presented with material from a writer who puts his words front and centre, who doesn’t get obsessed with clever music and breaking boundaries, who remembers that a song is an art-form based on singing, and therefore based on the words and the lyricism of the story.

This is a fantastic throwback to simpler times and simpler pleasures, a dose of rosy cheeked nostalgia and old-fashioned bardic song-writing, albeit updated for the 21st century.

If you want songs that are deep and meaningful essays then look elsewhere, if you want to listen something that is more about real life, that presents kitchen sink dramas in music form then get yourself some of this, it is an absolute joy.

"emotionally charged, poignant and witty acoustic pop-rock that reminds you of Crowded House or even Del Amitri, which is fine by me" - Dave Franklin, Secret Chord Records

"a heady combination of from the heart self analysis and universal truths, stark realities and street level wisdom" - The Swindonian

"a great songwriter with a real ability to look at things from a slightly different angle. Also one of his songs makes my cry, and I’m not ashamed to admit it." - Phil Cooper, Number Nine Studios

Jamie R Hawkins is an Award Winning Singer Songwriter whose songs have won him critical acclaim in the UK and around the world - he has been described as "a powerful mixture of storyteller, philosopher and poet", his lyrics as "poignant and witty" and his performances, "emotive and captivating”.

"(His) songwriting is strong and the delivery is often exceptional" - No More Division ... more

Bandcamp Daily  your guide to the world of Bandcamp

Benji B talks about his new compilation ‘Deviation Classics’